I'm excited to share this interview with Nick Fogle, who built generational wealth from coding after he sold his startup Waave he co-founded. Nick was $250k in debt from law school and realised he hated the idea of being a lawyer. So he taught himself to code by using free online resources. In this interview Nick shares his tips for learning to code and getting started as an entrepreneur.

Can you introduce yourself?

Hey, I’m Nick Fogle, the founder and CEO of Churnkey. These days, I’m hard at work building Churnkey into the best SaaS retention tool on the market. Formerly I co-founded a company called Wavve which we grew to about $150k MRR before being acquired in 2021. I’m 35, have two toddlers, and I live near the beach in Charleston, South Carolina. You can find me on Twitter @nickfogle.

Why did you get started with coding?

Long story but I’ll try to keep it short. When I went to university back in the mid-2000s, I don’t think I realized I could make money working on software. I studied Economics and despite graduating a semester early at the top of my class, the jobs evaporated just before graduation due to the 2008 financial crisis. So… what do economics grads do when there are no jobs? They go to law school.

After 3 mind-numbing years of reading legal text and clerking at law firms, I graduated and could go work as an attorney. There was just one problem with that plan. Well, actually two problems. I couldn't pay down my debt ($200,000 and growing) on an attorney salary (started at $50k where I live), AND I dreaded spending the next 40 years of my life doing legal work.

I’d always been creative and felt that the legal profession stifled creativity. I was doing transactional law, so lets say I poured my heart and soul into drafting the best contract I possibly could for my client. Well, if I did my job correctly odds are high I would never hear about or see that contract again. With software, I could write a simple program and unleash it into the world in a matter of minutes.

How did you first get learning code?

In 2012, I decided to build my startup idea. The product was basically a tool that made law more accessible to the average person. Initially I didn’t set out to enjoy the coding part of building a business. It was a means to an end. I was broke, driving a shuttle for minimum wage, and trying to build a startup. I couldn’t afford to hire a developer, so in order to see my startup idea built out, I had to teach myself.

I just started googling my way to figuring out how to build this application. It started out very basic… “how do you create a website?” “What’s a server?” etc… Eventually, I needed to write more complex logic and I stumbled upon CodeCademy which had just launched. It was all free back then, so I went through every lesson they had.

Fortunately, I stuck through the frustrations of learning because I was passionate about what I was building. Eventually this passion flipped, and I became more interested in my newfound code wielding powers. It’s a pretty cool feeling — being able to control an army of computers with a few keystrokes or write the application code used by millions of people daily.

What was the first app that you made that you felt ok showing to other people?

I made this little web app called SeeTheLaw (I wish I could find it). You could click on a category of legal problem, then navigate a series of yes or no questions. It was the ugliest code every (300 if/then statements), but the UI was actually pretty good. If you answered enough of questions, you’d eventually receive some legal advice.

Why do you not recommend bootcamps or online courses?

Bootcamps and online courses force you through a structured curriculum. Most people don’t learn like this. When you’re force-fed a topic-by-topic approach, you often retain much less because you have no idea why you’re learning a particular topic or how you’ll apply it when the training wheels are off.

Online courses do their best to gamify the learning experience with little badges, but I find many struggle to remember what they learned when the context switches and its time to leave the sandbox environment. Finally, both of these can be costly. Online courses are actually pretty inexpensive, but bootcamps can be quite costly and leave you in debt.

I was the technical co-founder / CTO of Wavve. When we started out, we were working on something entirely different – a social app for audio. I built a mobile app, audio sharing platform, and a web app over the course of 18 months. We sold subscriptions to a few radio shows and grew to maybe 300 daily users at the peak, but eventually we threw in the towel.

Before giving up, we pivoted to an audio-to-video tool for helping podcasters share the audio on social. Immediately people were willing to pay us for this thing, which sort of blew my mind because the first version was just an ugly app on an ip address ( there was no domain name).

We grew this product steadily from the fall of 2016 until we sold it in early 2021. There were quite a few technical challenges initially. These days video generation has been more or less commoditized and it’s not really a secret how people do it, but in 2016 there wasn’t a clear way to create video via a web app at scale. For much of 2017, I was just rebooting a ton of big EC2 instances all the time. Our AWS bill was ridiculous and video generation wasn’t stable at all.

In 2018, I’d had enough. We were hitting the limit of our ability to scale using EC2 instances, so I plotted a different architecture that would use serverless technology. Basically, we’d use Lambda functions to split up video into chunks and stream them into S3 buckets, and then reassemble them. There was one big problem – FFMPEG, the video editing swiss army knife we used wasn’t compatible with any of the lambda runtimes. After a few weeks and many failed attempts, I finally managed to crosscompile an FFMPEG binary for our lambda runtime.

When we pushed serverless video generation to prod, our AWS bill dropped 90%, video jobs never got stuck, and processing times were 50% faster. This helped us scale to over 100,000 users.

How has your life changed since your big exit and selling Wavve?

I’d say the biggest change is psychological. For the first time in my life, I had the freedom and personal runway to work on what I wanted and not feel bad about it. I have 2 toddlers, a mortgage, and I live in an expensive city, so this is a luxury I didn’t have prior to the sale.

Financially, I was able to catch-up on retirement and savings. I’d gotten really far behind due to every penny going towards student loan debt for so long.

I also set a small sum of money aside for each of my children that they’ll be able to access on their 30th birthdays. Don’t get me wrong, there’s value in hustling and grinding. I’ve just learned that your early years are the best time in your life for taking risks and a small safety net can give you greater freedom and optionality.

I’ve always loved cars, so if there was ever a time to buy a luxury car it was after the business sale. So… I bought a Black Mercedes G-550 (G-wagen). Financial experts say not to buy boats and cars, but I’m pretty sure those are the only things I purchased in 2021 that have appreciated in value.

Why did you choose to work on ChurnKey?

It’s funny. For years we’d been itching to tackle new product ideas and start a new company. We were just to busy to take on anything else. After we decided to sell Wavve, it was like we suddenly had permission to get started.

Out of maybe 20 or so ideas we’d collected over the previous 5 years, we decided to build Churnkey, because the prototype we built within Wavve years earlier had totally transformed our business. You often hear founder-product-fit, and personally Churnkey matched more of my expertise, interest, and passion than Wavve ever had.

On the day of the Wavve sale, I remember watching the wire hit our bank account, popping champagne and high-fiving briefly, and then circling back to work on Churnkey for a few hours before wrapping up and heading out to a celebration dinner. And that’s pretty much what I’ve been doing for the last 18 months. Showing up every day, building new features, talking to customers, and just generally giving my all to make Churnkey the best retention tool in the market.

Most of my family and friends assumed I was going into early retirement or at least taking a few months off after the Wavve sale. It sounds absolutely insane that I wouldn’t take more time off. But to makers and other founders, I think the drive to keep building probably resonates. 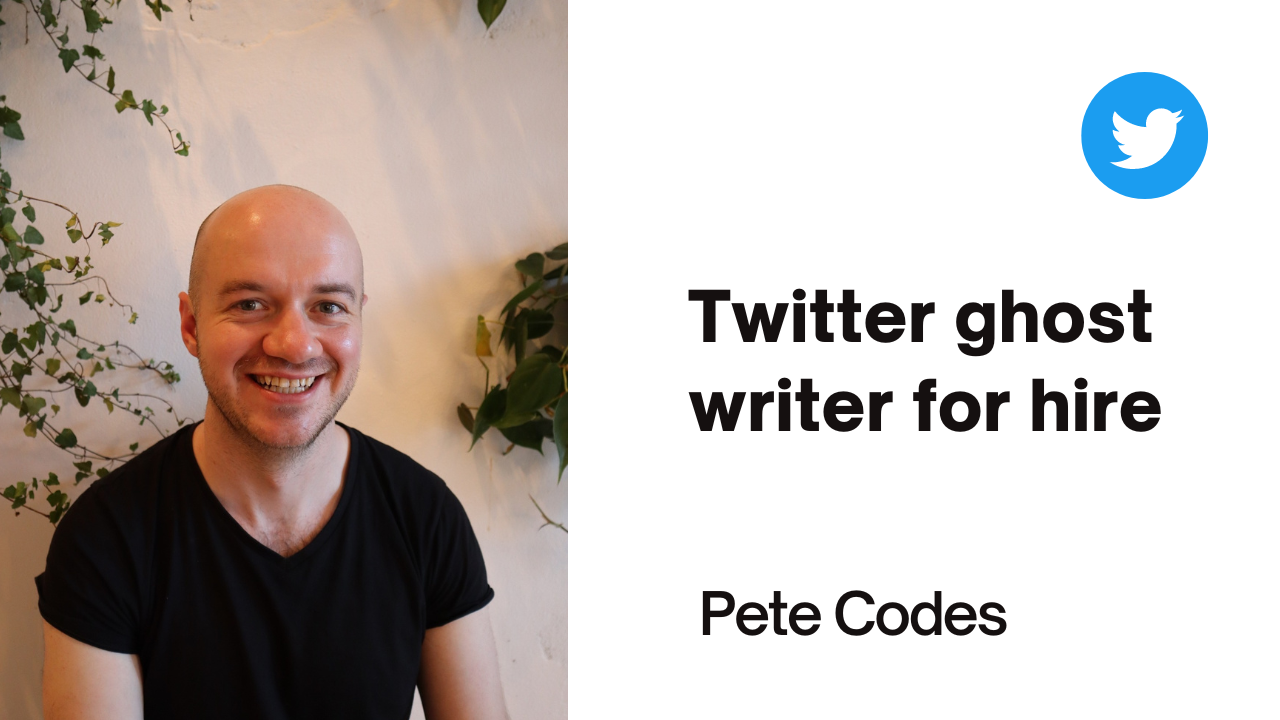 Do you think America will one day give up on college as a way for career advancement?

I think it’ll look different – hopefully be more efficient and shorter. 4 years is entirely too long for just about any undergraduate degree. Trade schools and apprenticeships are underrated, because people are able to learn a marketable skill and deploy that skill right away with minimal training after being hired. I could see a renewed focus on this kind of education.

I do think the tide has started shifting since I graduated when it comes to the necessity of a 4-year degree. In the last 5 years, I’ve seen more and more companies hire on merit instead of pedigree. That includes how I think about hires at Churnkey. I don’t care about your diploma, school, or degree. I care about what you can do.

I realize I’m probably biased, because I work in tech and 4 year schools don’t educate graduates to be productive from day 1 in this setting. Things move too fast in this sector.

What’s your number one tip for entrepreneurs?

Think in decades instead of years. We often overestimate what we can accomplish in one year and we don’t really think about what could happen over a 10 year span. Show up every day for 10 years and you’ll be surprised what you can achieve. Jesse is a self-taught developer and entrepreneur who is close to making a $1 million business while travelling the world.
Aug 23, 2022
4 min read
May
26