I'm happy to share an interview today with a a young developer and founder of a privacy based analytics tool! Uku doesn't have a CS degree but is still able to make a profitable business. I don't use Google Analytics on my sites as I don't want to track visitors.

Hey, my name is Uku and I’m a 26 year old developer from Tartu, Estonia. I have zero formal education in software but I don’t like to call myself self-taught. I had great mentors and peers without who guided me and gave me tons of feedback along the way. It would be selfish to take credit for teaching myself.

I am currently busy building Plausible Analytics – an open source alternative to Google Analytics. It’s always been my dream to build my own product from scratch and turn it into a successful business.

How did you first get into coding?

I started coding in the winter before graduating secondary school. At first, I wanted to figure out whether programming was something that actually interested me or not. I googled ‘learn programming online’ and found Codecademy.

I spent days and nights going through their exercises and I found it really fun! I picked up a bit of Javascript and then switched to learning Python instead.

After completing the courses on Codecademy, I enrolled in Udacity’s introduction to Python course. I can’t find a link to the course 7 years later but I remember it was taught by Steve Huffman, the CEO of Reddit.

At this point I had applied to and accepted to Dev Bootcamp in Chicago. Once I was accepted, they sent over some material to practice and prepare before attending the bootcamp. Dev Bootcamp used to teach Ruby as their main language so I switched languages again and started learning Ruby.

How was the Dev bootcamp in Chicago?

Really intense. I was away from family and friends so learning code was my only focus there. I did 60-80 hour weeks for 3 months straight. I was in there every Saturday and Sunday and sometimes dozed off the couch in their office.

I don’t like to glorify long hours or propagate hustle culture. I was an obsessed teenager with no responsibilities. You don’t have to follow this example but my point is that it takes thousands of hours of practice to learn how to code.

During core hours we would have one or two lectures per day on the topic of the day, and then ~6 hours of pair programming on exercises. We would always work in pairs or groups so we also learned a lot of communication skills in addition to coding. After core hours I would keep working alone on optional extra exercises or projects.

The way bootcamps market themselves, it can seem as if it’s easy. Go through this program and get a job. Realistically, though, I did months of prep before the bootcamp, I put in crazy hours during it and it took me 6 months to find a job after I graduated. You need to be prepared to put in the work to get any good.

How did you get your first entry level software engineer job?

When I graduated, I applied to some companies in Chicago but it was clear that most of them weren’t going to sponsor a H1-B visa for an entry-level bootcamp graduate.

I also applied to tons of companies in Europe. I think I got about 30-50 rejections in the months after graduating the bootcamp. I even flew out to Dublin to interview with Intercom. I built up so much hope for that opportunity but my application was rejected. It was a pretty dark time for me since I had invested so much time and effort in learning code and I had so much trouble finding a job.

I had almost given up when I got an email from a company I had talked to in Chicago called 8th Light. They were starting up an office in London and they were looking for apprentices. As an apprentice, it would be my job to learn full-time for a minimum of 6 months and the position was paid.

The expectation is that if you have a good match with the company, you’ll stay on as a full-time developer after the apprenticeship is over. I jumped on the opportunity and moved out to London for this job. No hesitation.

What did a typical day as an apprentice at 8th Light look like for you?

I would mainly work on a pet project and do some reading and online courses in between project work. I would say 80% of the time I was writing code and the rest was reading and watching lectures. In the beginning I was mostly working on smaller exercises and doing them alone.

As I gained more experience I would complete bigger projects and start collaborating with other apprentices. Towards the end of the apprenticeship I was allowed to do some client work under the supervision of experienced developers.

The most valuable part of the apprenticeship was getting feedback and code reviews on everything I did from my mentor. Compared to being in a bootcamp, I got a lot of one-on-one attention and instruction.
The apprenticeship lasted for 6 months.

After that I was assigned to a client and I started my career properly. It was very exciting and scary at the time. I was 20 years old, sent to a FTSE 100 company to help transition from an old mainframe system to a modern microservice architecture.

Honestly, I was out of my depth but there were more experienced people on the team who knew what they were doing. I picked up easier tasks and completed them with a lot of help and support from my peers and mentors.

I worked at 8th Light for 5 years, always getting more experience and responsibilities. On my last project I was the technical lead for a team of 10 and I was promoted to Lead Software Crafter. Working at 8th Light was such a great experience because I got to work with many different clients and tech stacks. The people there were very supportive and I built some lifelong friendships.

What advice do you have for someone without a CS degree who wants to get an entry level software engineer job?

If you’re self-taught or graduating a bootcamp, I would suggest you also look for apprenticeships. These programs are great at bringing you up to speed without overwhelming or expecting too much from your level. Companies that have a dedicated apprenticeship programs are usually great places to work as well because they invest so much in their people.

If you have a choice, I would recommend working for an agency/consultancy as your first job. As a hired gun at an agency, you will rotate from client to client and each one is a new experience. Working on a product team is generally more relaxed and fun but there’s less variety in work.

It’s funny, I never felt it as a beginner. I felt stupid and incompetent all the time but that’s not the same as feeling like an imposter or fraud. Feeling incompetent is completely natural because beginners are indeed incompetent. If you want to get good at something, you have to suck at it at first. A lot.

Now that I’m running my own business and handling both CEO and CTO responsibilities, it’s very different. I’m not a beginner anymore, and people assume I know what I’m doing when in fact I’m winging it just like everyone else.

Can you tell us about Plausible Analytics and your goals for the future?

It all started a few years ago when I started becoming more aware of how big corporations like Google and Facebook undermine our online privacy for profit. I didn’t worry about it too much until the Cambridge Analytica scandal revealed how dangerous AdTech can be. After 2016 I started consciously avoiding products by large AdTech companies.

However, I struggled to find a good alternative to Google Analytics, their popular website stats tool. 84% of sites that do use a known analytics script use Google Analytics. It’s the most popular third-party request on the web. It accounts for 0.64% of all network requests.

By using Google Analytics, we’re giving the world’s largest AdTech company direct access to our users’ data and browsing information. Their data collection can track an individual from multiple angles to a personal behavioral profile.

My goal is to enhance everyone’s privacy online and to make my contribution to the open-source community. The tech world is rapidly being consolidated until a handful of corporations control the whole web. My project is putting a small dent in that but as it grows I’m hoping we can have a bigger and bigger impact each year.

You can sign up for a one-off $5 with this link - I've added a payment requirement to stop spammers and improve the quality for community members. Anyone currently a member won't have to pay. We are working on an open source project now for Hacktober! 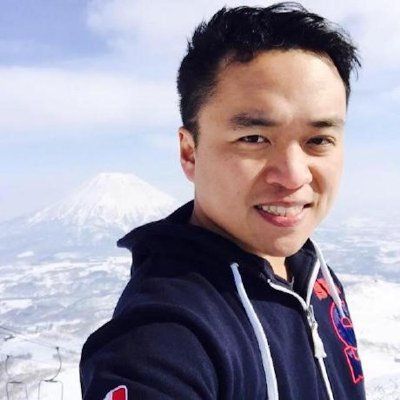 Shawn got an AWS job without a CS degree. He picked up coding with Free Code Camp and then followed that up with a coding bootcamp. He is the author 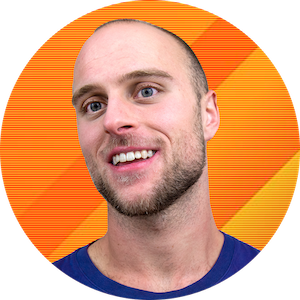 Matt Upham is a talented software developer with a great Youtube channel! I spoke with Matt about how he learned to code, got hired and his tips for newbie coders.