Cher Scarlett is a Senior Software Engineer at Webflow* who taught herself to code and ended up turning her life around. Prior to Webflow she built a successful career working at companies such as USA Today and Starbucks. I was happy to talk her about her incredible life journey and her tips for breaking into web development.

*Since publication, Cher has accepted a job at Apple!

Many thanks for the interview! So can you give an introduction for people who want to know more about you?

No, thank you for interviewing me! I’m honored. My name is Cher, and I’ve been a software engineer since 2006. I’ve worked at USA Today, Blizzard Entertainment, Starbucks, and now I’m at Webflow! I’m currently working in our design system, but the future is big and full of dreams. I’ve been learning graphics programming and animation! I think my long term goal is to get into CG animation or games.

How did you originally get into programming considering you don’t have a CS degree? What resources did you use?

I had a very non-linear path to get into my career. I think one thing I see a lot is a clear path, and other people struggle to imagine accomplishing that with their current situations.

I taught myself to code when I was a kid, started with HTML, got into CSS, then ActionScript and JavaScript. You could even include Excel in there! I used these to accomplish goals I had, projects for school, gaming websites, and Flash websites for musicians. It was never intended to be a career. I wanted to be an actress or an astronaut.

I wondered if coding could be a job, so I made a portfolio website, and submitted it to a position at a real estate company that had a tech organization. I got hired on the spot.

After a year, I realized they were paying half of what they were paying my male colleagues so I quit. I did some contract work, started my own shop, while I worked simultaneously in food service. In 2009, I quit coding and used the biotech education I got in high school to land a job as a research associate at a biotechnology company. I did that for about a year before I realized I couldn’t make going to school work and couldn’t move up past my role.

In 2011, I was heavily focused on mobile web for my clients, and USA Today reached out on LinkedIn about a position that was focused on front-end mobile web. I totally bombed the interview, but they called me before I even left and told me they wanted me. It completely changed my life.

I think that I’m pretty lucky that I’ve had all these years to learn bit by bit over time, but I think that also helps other people see that you don’t have to drop everything to work your way into tech. The journey can be messy and have a lot of pit stops. I had no idea I’d ever be successful, I just kept trying.

What advice do you have for someone who is learning coding but finds it overwhelming?

That’s a tough question, because everyone gets overwhelmed for different reasons. I think the key is to realize it takes time and development is a giant beast these days. It’s super easy to get pulled in 10-15 different directions when trying to learn, and the best thing you can do is just to focus on one thing at a time.

Allow yourself to be okay with taking your time. Find folks in the industry with open office hours or other available resources and build relationships with people interested in mentoring you. Having someone to cheer you on and answer questions makes a world of difference.

Do you think employers care less these days about whether someone has a CS degree if they have the experience? (I read that you dropped out of high school just like many other people interviewed for No CS Degree)

I think it’s easy to say that places don’t care, but I don’t think that’s true. I think it’s especially not true for minoritized individuals who are already fighting biases. The key to everything I’ve built has been two major components: first, I focused on something I was passionate about that I thought was important (cross-browser compatibility & accessibility; mobile web), second, I built an online network so I could be referred to positions to ensure I wasn’t filtered out because of my high school dropout status and lack of a CS degree.

Recently, before I started Webflow, I applied to Formidable. I was filtered out by their system, and I didn’t use a referral because I had worked with one of their teams at Starbucks. It just goes to show you that it absolutely matters, because the technology itself is biased towards folks that have a college degree. Not having one means you have to explain why you don’t, and it means you have to fight harder to be taken seriously.

Something we don’t talk about is how there is another layer of biases once you’re fighting for roles without a CS degree, or even a high school diploma, is how looking and sounding “the part” also matters. I read a lot, so I sound like I am college educated. I’m able enough that my mental health issues are invisible, and my past has been, too. It’s easy for folks to forget I don’t have a CS degree, and that I’m a high school dropout, because I don’t fit folks’ stereotype for what that means. It’s easy for them to see past it, because there are fewer biases in the way than others may have.

That’s one reason I’ve started being outspoken about where I come from, and the things I’ve done. This career is the reason I broke out of poverty. We need to do more to enable folks who don’t look and sound like they can hang at the country club to succeed, too.

There is hope, though, Formidable reached out to me after noticing my instant rejection and committed to take a second look at how they filter out candidates. I imagine that will ripple through the community as folks like the ones you interview validate the idea that it’s not needed to do this job exceptionally well.

No CS OK  - a job board for developers without degrees

Any productivity tips for people when learning to code?

Ha, I’m the worst! I’ve recently started using an application that limits the number of tabs I have open and screen time on sites that I give it to. The tabs things is important, because when I’m learning something, I tend to tangent click links and I end up with a web of topics and burn myself out. Don’t do that. Find the right ways for you to focus on the manageability of what you are learning.

Dreaming big, a lopping heap of kindness, and just the right dash of radical candor. Seriously. Everyone looks out for each other, and most mornings I start the day listening to music (I have a coding playlist on Spotify, if you want to check it out!) and reading the #props channel in Slack. Nothing makes me more ready to start my day than seeing our culture of gratitude at work. It also helps you learn how much people appreciate the tiniest of gestures.

Next I check out PRs and try to make some comments or get them approved.
I spend most of my day focused on working, but I am free to be interrupted by my 12 year old with total understanding from my teammates. I have open office hours for my apprentice engineer, so sometimes we chat about code stuff and other times we chat about life stuff.

This past week was tough and I didn’t get much done, code wise, but I got tons of gratitude and props from the team for the stuff I was doing outside of work instead. But spending all day on Twitter is not typical for me! Usually coding and testing!

How have you found teaching programming compared to working on projects yourself?

Teaching has taught me how important it is to not assume what someone knows. I tend to always assume that everyone around me knows just as much as I do, and I struggle to gauge what other people don’t know.

Writing tutorials has taught me to build up the same mental architecture for students that I build automatically, so that everyone has the same context. It’s also taught me to give people clear paths of progression, starting first with reusable patterns and secondly by suggesting next steps on what to learn next. We always want to ensure that students of our craft feel confident they can use what they’ve learned and build on it, and that they don’t get frustrated and give up hope.

What do you think people looking for their first web developer role should do to stand out?

Build something, and share it! Glitch is a great place to do that, and so is dev.to. One thing I’ve always done is built a custom mini website for the place I’m trying to work at. Sometimes it’s just a resume site, sometimes it’s an idea for what I could see myself building at the company. It doesn’t have to be related, but it’s something you can attach to your application that will make folks stop and look. Getting noticed by someone with an audience is the golden ticket to opportunity. To do that, you have to make stuff and share it.

What developments in tech are you most excited about?

I am actually super excited about WASM and building isometric front-ends with Rust. The implications of moving to compiled code that runs on the browser makes big dreams even bigger.

But more so than that, I’m excited that accessibility is becoming a must have to leaders, and that we are getting to a point as a community where we can see problems and actually make changes. For a woman who grew up in games and tech, watching my side, the Code of Conduct side, start to win… it means everything. It means that staying through all the abuse and harassment was worth it.

Women who code without CS degrees

How this college dropout learned to code without a CS degree 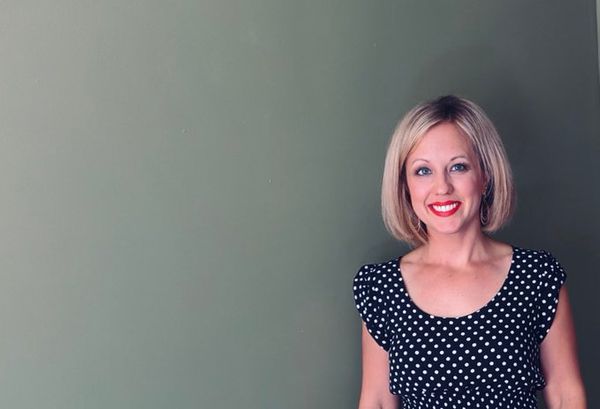